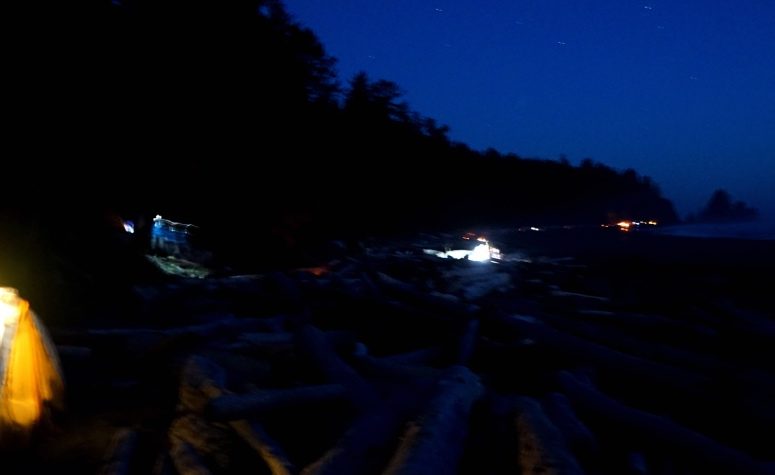 Bored with your dehydrated backpacking meal rotation?
This just in: braised coconut chickpea & spinach recipe from The Kitchn works out as a dehydrated camp meal! Completed my trial of it yesterday with a taste test with some old friends.** Clockwise from top left: in my friend Alessandra‘s dehydrator, vacuum sealed +couscous (stored in freezer for optimum dryness while I was out galavanting), mid-hydration, ready to eat! Special thanks to Alessandra for loaning the dehydrator, and Torey for pointing me to the original recipe years ago while we were waiting for our S.O.s to finish the Vermont Beast. 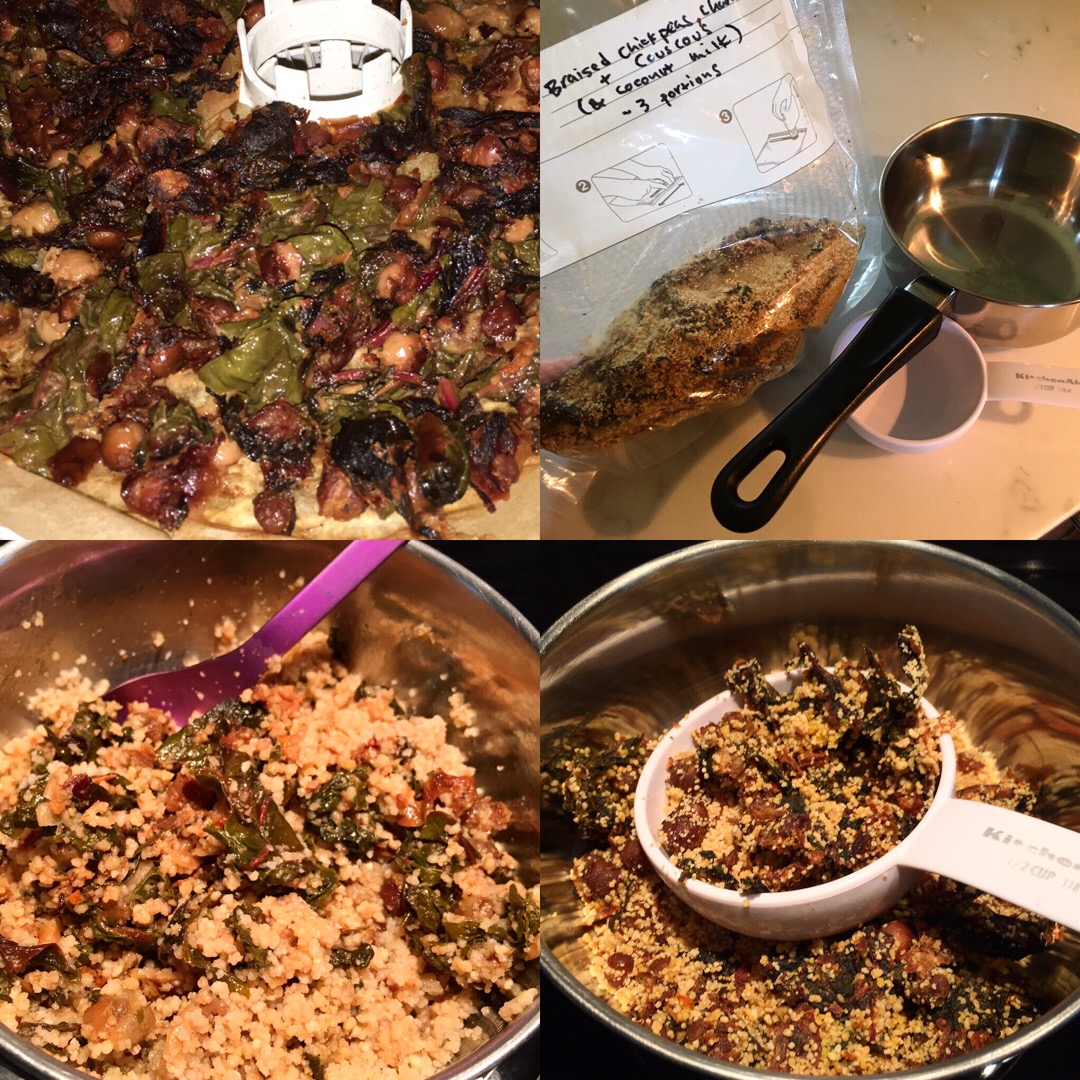 END_OF_DOCUMENT_TOKEN_TO_BE_REPLACED

I was hunting for chickpea recipes a while ago to help me eat more lean protein, and I tried this one. I did not like the result. Then I ate some the following day, and it was delicious! The flavors just needed to marinate more. I took the recipe and cut it in half, because I was making an other giant vat of soup in parallel. This is a nice hearty one for winter, I made a pot on Sunday for the rest of the week.

Chickpea and Chorizo Soup
(originally from The Kitchn)

END_OF_DOCUMENT_TOKEN_TO_BE_REPLACED

Back when I was killing time with my friend Torey spectating a Spartan Race in Vermont (a state worth visiting, by the way), I mentioned to her I was trying to eat more lean protein and that I’m really into chickpeas as one source. She mentioned a particular recipe, and even more impressively, remembered to email it to me later the next week once we were both back on our respective coasts. It’s a happy coincidence that the kitchn is one of my favored sources for recipes too, yay! I roasted a sweet potato the first time, and grossly underestimated the amount of time for that to finish baking in my toaster oven, so if you do the sweet potato, try starting that a bit early, or cut it up to help it cook. Note: there is no recipe directly in here for sweet potato, only a link.*

END_OF_DOCUMENT_TOKEN_TO_BE_REPLACED

I like making meals my spouse isn’t a big fan of when he’s out of town, which usually means no meat, and more carbs. Today’s recipe is one from Real Simple Magazine shortly after a honeymoon to New Zealand, where for breakfast we had thick-cut bacon, a fried egg and a succulently delicious sautéed tomato half almost every morning we were there. Surprisingly, I found the tomatoes the tastiest feature of the dish, despite my love of bacon, and missed it when we got home (along with the warm friendliness of the kiwis on our travels). So of course, this is a reminder of that nostalgic deliciousness, even though roma tomatoes out of season from the stores here don’t taste nearly as good as in New Zealand on honeymoon. It’s a quick fixup, goes good with your staple grain/false grain of choice, with a side of Mindy Project and silent moping about.

Chickpeas With Chard and Pan-Roasted Tomatoes
Original Real Simple recipe here, version below is minorly altered. Time adjusted to match a gas stovetop, you may need a minute or so longer for an electric range.

2. Twenty minutes before the grain is done, heat the oil in a large skillet over medium-high heat. Add the tomatoes, cut-side down, and cook, shaking the pan occasionally, until browned and starting to soften 2-3 minutes; turn and cook for 1 minute more. Transfer to a plate.

4. Return the tomatoes to the skillet, add the chickpeas and lemon juice, and toss until heated through, 1 minutes. Serve over the rice/squash/quinoa.

Notes:
I don’t ever have golden raisins on hand, and regular raisins don’t look too appetizing in this dish, so the dried cranberries usually in my pantry work fine to add a little sweetness on top of the tomato flavor. I tried this with heirloom tomatoes once too, and I don’t recommend it. Their complex flavor was lost when they turned too mushy in the pan too fast. For this post, I only made a half portion, as I had other methods to try for the rest of that chard. 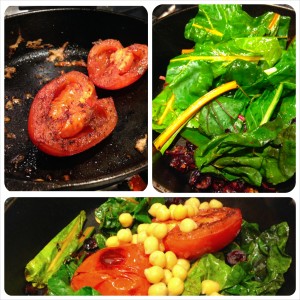 Today’s Recipe Rating:
Novelty Rating: 2 of 5 stars
Made it before, but I mostly only make it when my “roommate’s” out of town, so it’s still a little rare..
Likelihood of Repeat: 75%
It’s too fast to NOT do!