The name comes from the verb empanar, meaning to wrap or coat in bread … Empanadas have their origins in Galicia (Spain) and Portugal. They first appeared in Medieval Iberia during the time of the Moorish invasions. A cookbook published in Catalan in 1520 mentions empanadas filled with seafood among its recipes of Catalan, Italian, French, and Arabian food. It is believed that empanadas and the very similar calzones are both derived from the Arabic meat-filled pies, samosas. The dish was carried to Latin America and the Philippines by Spanish colonists, where they remain very popular to this day.

A dish truly borne of our collective human heritage!

Proxy guest post, because my friend Stephanie says she doesn’t like writing about herself. As one who loves all dough-wrapped dishes, she hosted the empanada-rama. 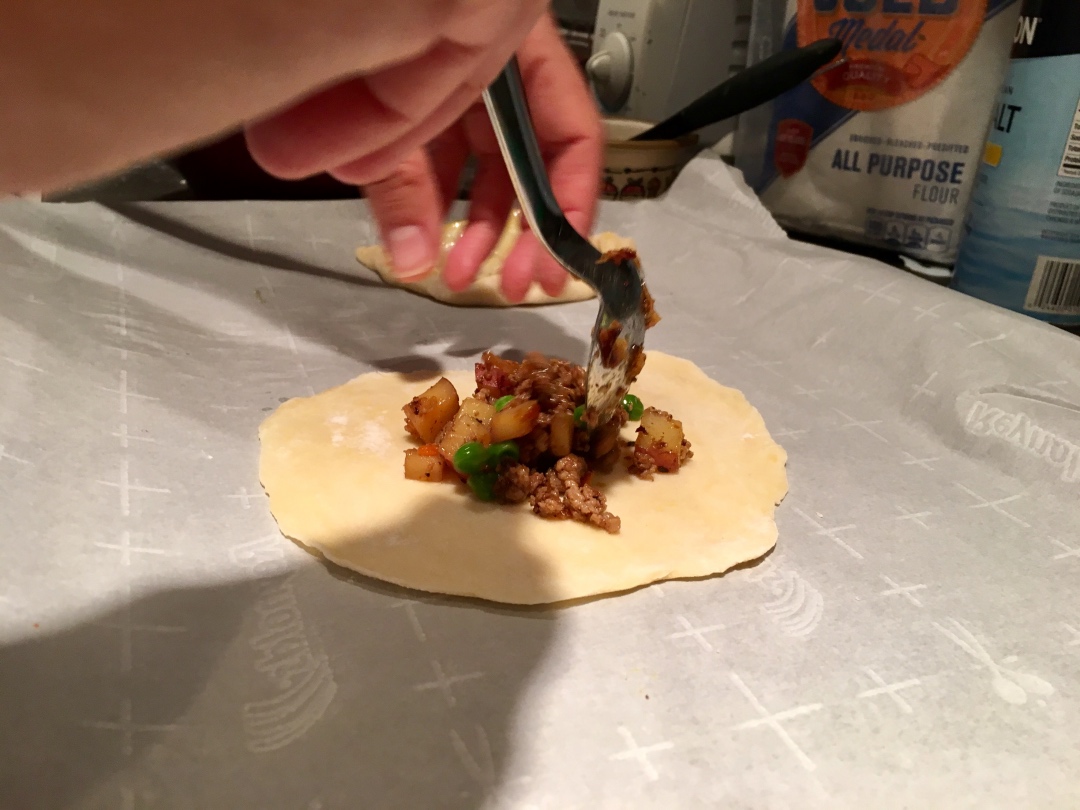 This recipe for dough won out:
Thanks, Laylita! How to Make Empanada Dough for Baking END_OF_DOCUMENT_TOKEN_TO_BE_REPLACED