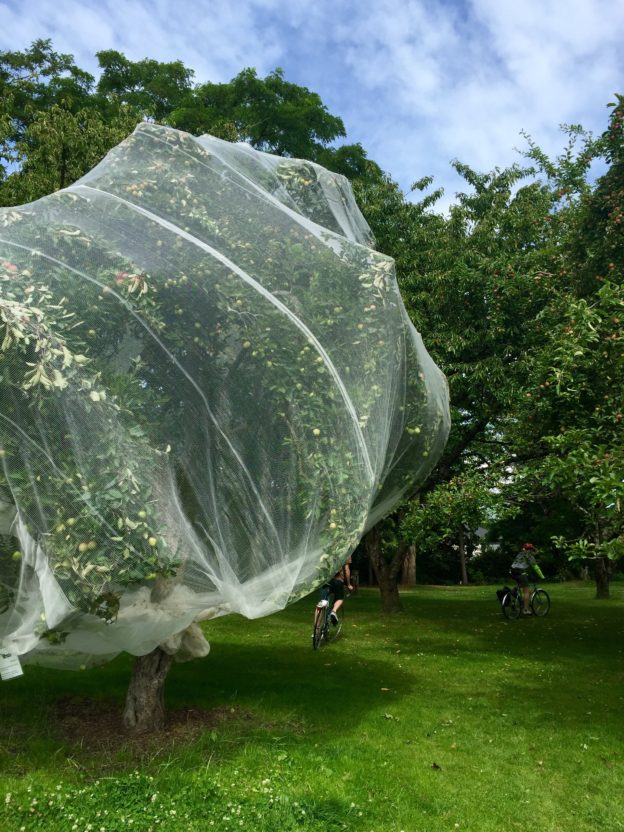 I really wanted you to know this:

Apples most likely originated in Kazakhstan from the Malus sieversii and brought over to America with European colonists then became a part of American culture with a little help from Mr. Appleseed himself, John Chapman. Around the turn of the 19th century, Johnny Appleseed bought some apple seeds from a Pennsylvania cider mill and headed to the Midwest to develop his orchards. At the time, the Homestead Act required settlers to plant 50 apple trees within the first year of holding their land and soon the apples, along with the settlers, began to establish their roots in America.
– Layla Eplett, Scientific American: Food Matters