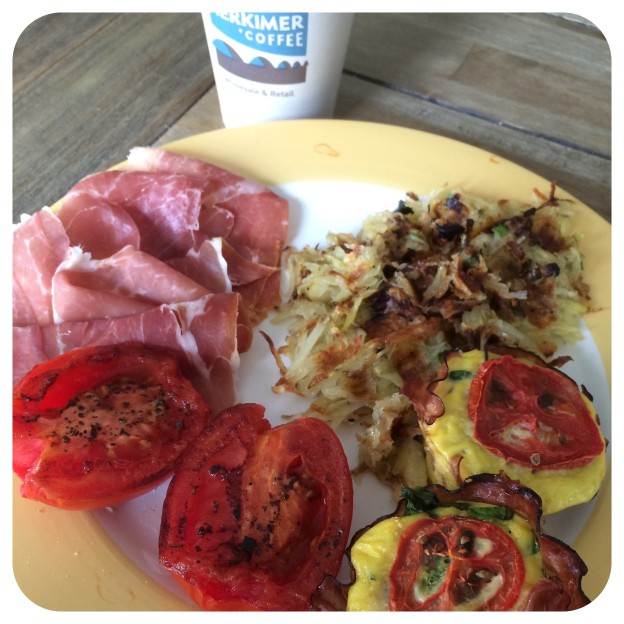 I was going to save this one, but it’s so sunny today I thought you might like a novel brunch idea: from Macheesmo (one of the most entertaining blog names ever)!

My hash browns didn’t turn out quite as pretty as Macheesmo’s, so if you want to do this, I recommend you follow the link to get his wording on steps (and beautiful pictures).

Today’s Trial Recipe Rating:
Novelty Rating: 3 of 5 stars.
Quite a novel method for hash browns..
Likelihood of Repeat: 45%
Not sure this would turn out that much better than just frying them on a pan, but then again, I found the most tedious part to be shredding the potato, which you’d end up doing either way.
Lesson learned: Potato was a little sticky on the waffle iron, so next time I’d use a spray to get oil on rather than a pastry brush.

Stay tuned for notes on some improvements I’ve made on the chard egg cupcakes from before!