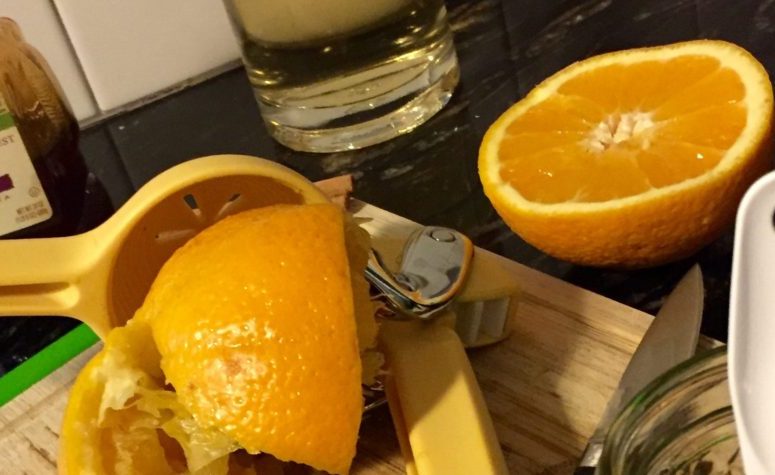 Sometimes, don’t you just want to set the world on fire?
No? Well, maybe at least shake it around a little to tell it to behave itself better? Doesn’t the state of it just break your heart some days?
Let’s go back to setting things on fire. I extra-think plenty on the things that are hugely wrong with the world when I’m in the city, but let’s take 10 here for a fireside break of something to warm your heart (and belly). Not discounting it: my sincerest condolences to the families who have suffered losses by the products of our institutional racism and other issues built up over decades of bias. I’m sorry the rest of the post may land tone-deaf, I have no reasonable segue to such a trivial topic below. :(..
Stay tuned for some scenic photos that will hopefully prove a little calming and restful.

Some long-time readers may recall last summer’s Campfire Cooking Methods post, which included mention of a hot toddy recipe for camping. Scarcity is a blessing. I drained the last of my private collection of whiskey (population: 1 bottle) for my go-to hot toddy mix  on last month’s weekend trip to Leavenworth. I was also short on lemons a couple weeks ago while I packed for a weekend escape to the North Cascades, but I did have oranges. Shoutout to Rachelle Lucas, who supplied this gin hot toddy recipe on first googling. Same ingredients, different steps:

Note: almost goes without saying, but scale this according to the servings you want. I actually did this one times four, but left it in its single serving here for easier scaling for you.

If you have cold cooler access the whole time: mix in orange juice. Other option: pack whole oranges with a good knife and fork for juicing, or pick up some inferior bottled orange juice on the road.
2. Drive to your excitingly scenic woodsy/beachy/mountainous destination! Start a campfire (or grill).
3. Set mason jar near fire for honey to melt, boil water with campfire and percolator. Stir mixture. 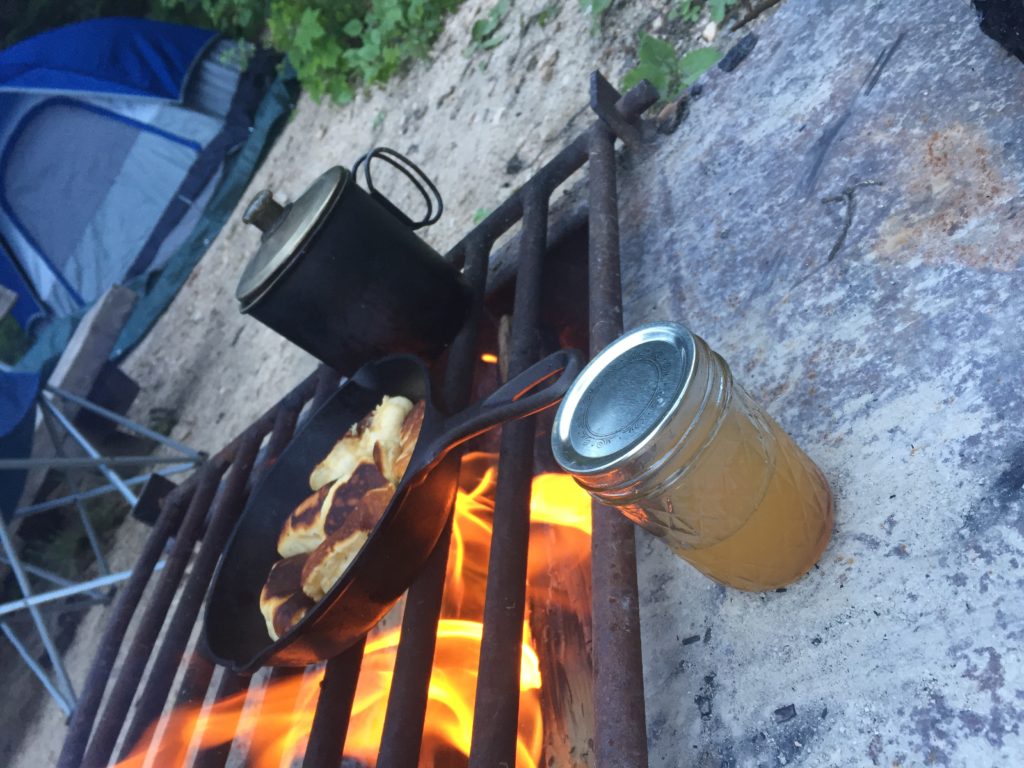 4. Using high heat mitt, pour 1/4 of mason jar mix into a cup to serve, add 1/4 cup hot water, garnish with 1 cinnamon stick and 1 orange slice. If making additional servings, do the same for remaining servings. Protip: to pour with less spillage risk (and wasted alcohol!) pour liquid along the straight edge of a utensil, like a knife, into the cup. This protip brought to you by my father the chemist.
5. Stir with cinnamon and enjoy! 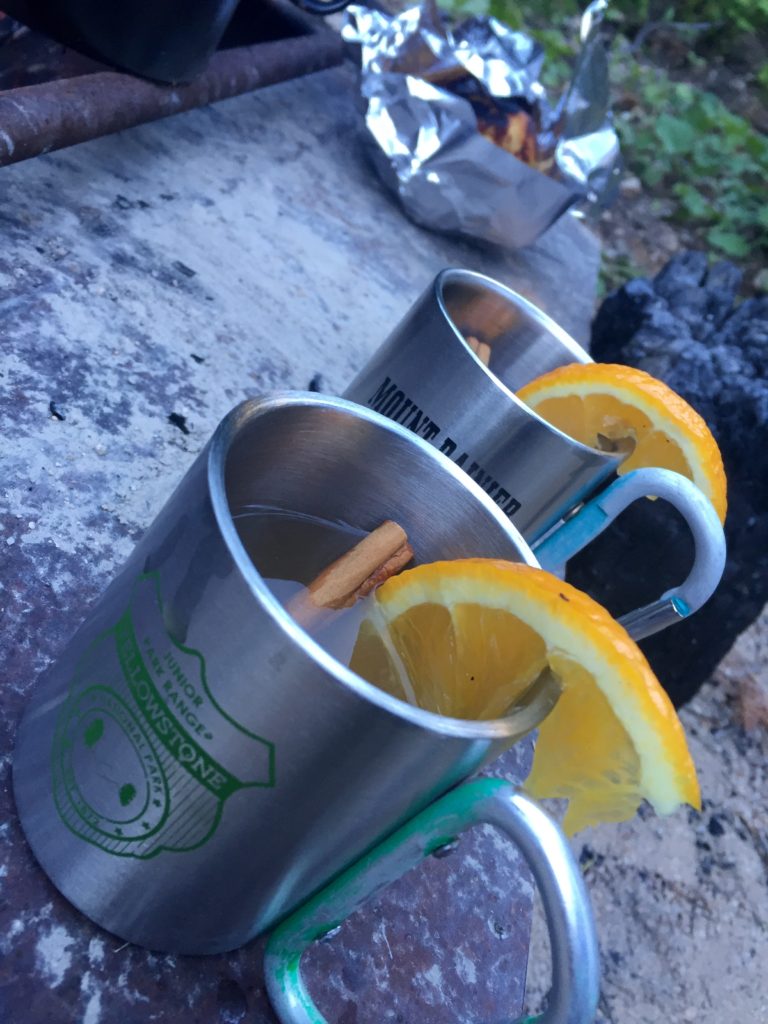 Today’s Trial Recipe Rating:
Novelty Rating: 2 of 5 Similar to the whiskey version, but better.
Likelihood of Repeat: 100% Observant followers may notice the use of actual oranges in photos, and orange juice in the video. First trial was at Lone Fir in the North Cascades, second was at French Beach in Vancouver Island, British Columbia (yes, those are Canadian bird squawking in the background). So I’ve effectively already done a repeat. My camping buddy K said he liked this one better than last year’s version.
Lessons Learned: The satisfaction of ironically drinking a hot toddy out of a mug labeled ‘Junior Ranger’ cannot be underestimated. Also, iMovies editing via iPhone is much easier than in a Mac, but correspondingly has fewer options. Lots to learn in the video editing world for me, fun times.