Editor’s note: for the purposes of this post, all words that end with the suffix “oke” should be pronounced or more likely internally read as “okay”.

Guest blog brought to you by marriage.

Left coast living will bring you to Hawaii if you are of the means or the miles to get there. East coast has quick access to Europe and I guess the Caribbean and Newfoundland, but we get the tiny volcanic islands. Upon recommendation of my cubicle-mate, I decided to try and enjoy some Poke during a recent visit to Kauai. A few foursquare searches later, I settled on Pono Market. No joke (please see editor’s note), the poke was delicious, and we ended up going back again prior to departing the island. The final meal was garnished with a bit of sadness due to the knowledge that I would not be able to reproduce this dance of flavors again upon returning to the Pac. 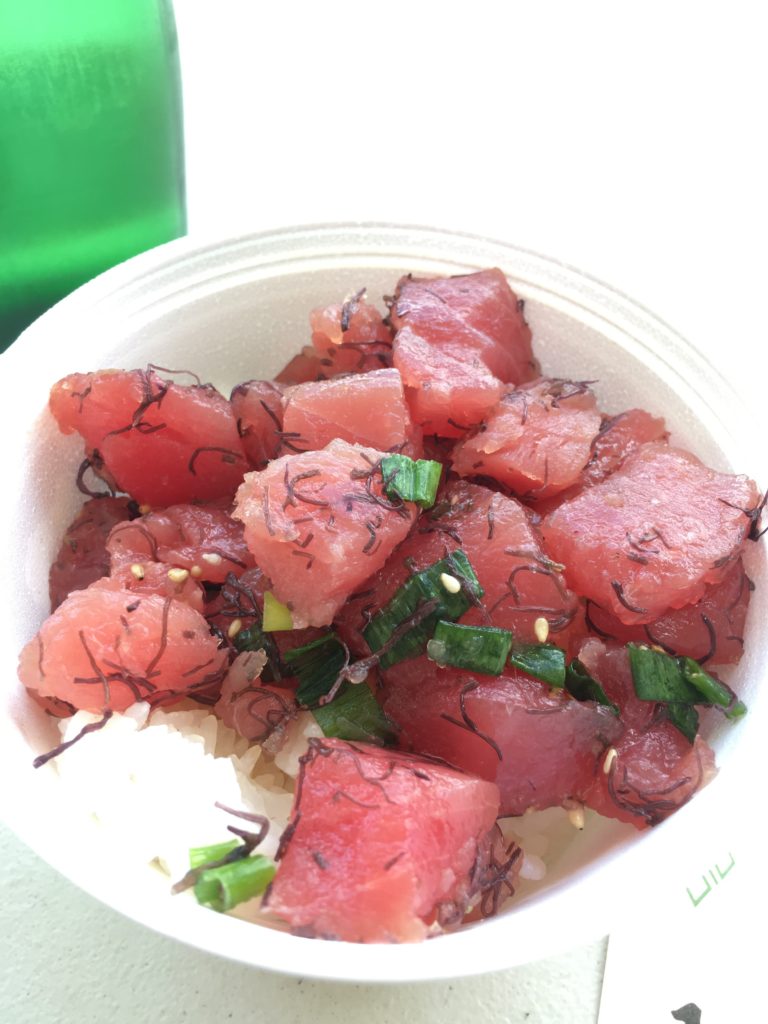 In sharing/gloating about my Kauai Poke experience (outside of this blog post) to my aforementioned cubicle-mate, he corrected me and convinced me that with proper determination, grit and Rock Clock app*-aided training I could approximate this dish. He imparted his recipe passed down from his family or alternatively googled and modified, which is noted below.

Why Aloha Soy Sauce?
It tastes less salty and bitter when compared to other soy sauces.

Do I need to buy expensive sashimi grade tuna?
I didn’t for this exercise but it would help. In either case, you should avoid pieces that have that white membrane because it will make the tuna chewy. I went frozen. 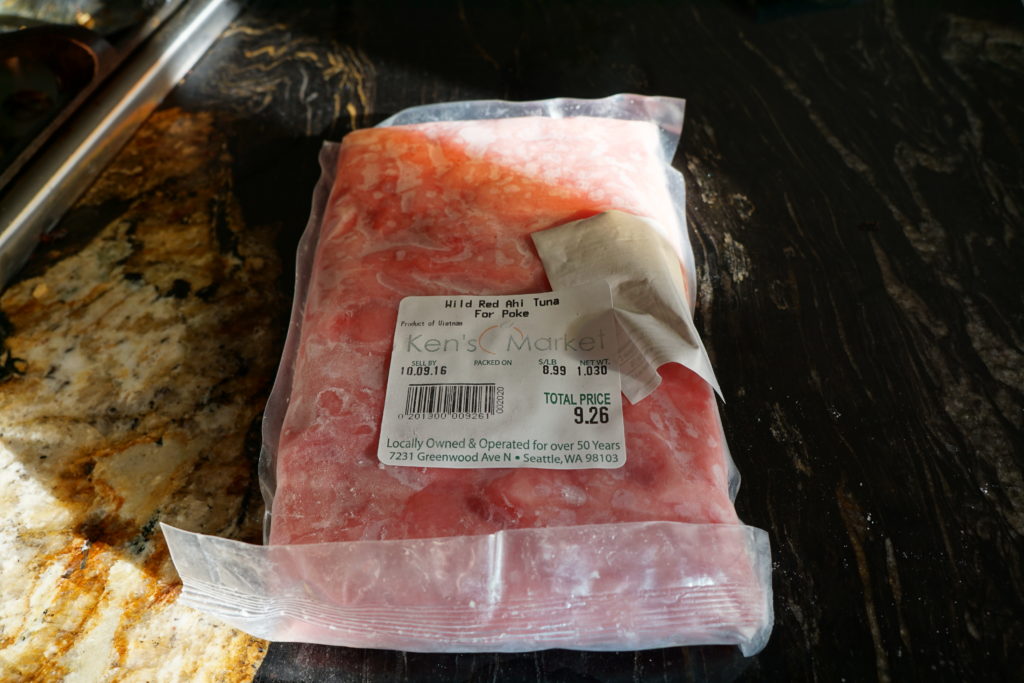 Steps
1. Assemble ingredients and take picture. This will provide time to allow for your tuna to defrost. If you bought fresh tuna, keep tuna in fridge during this step. 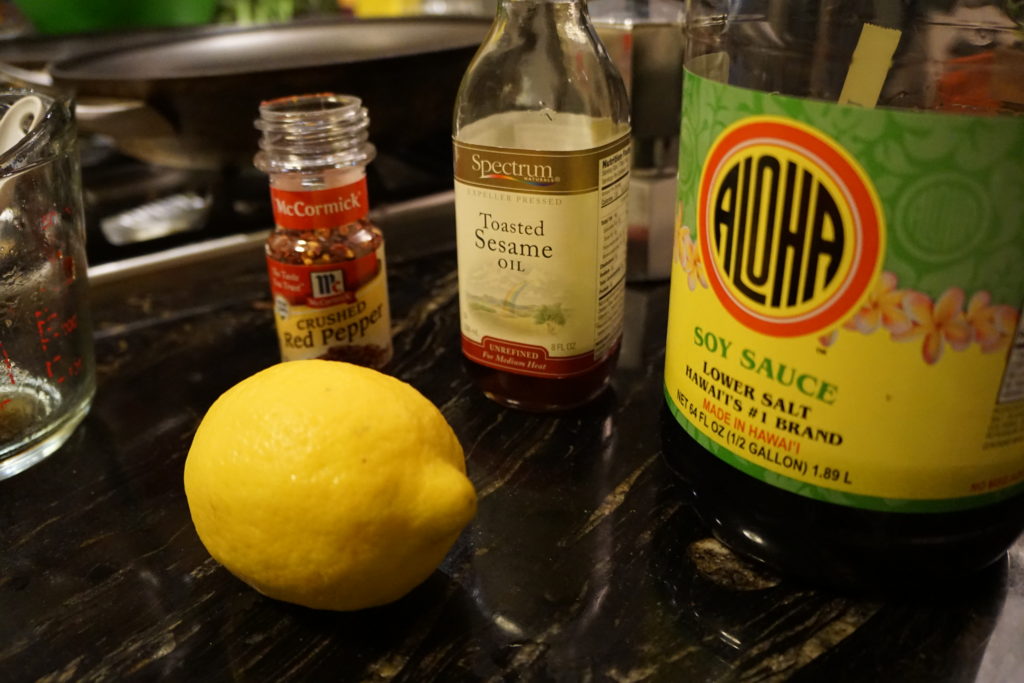 2. Assemble the marinade by combining the soy sauce, lemon juice, sesame oil and red pepper flakes. I would recommend scaling down the red pepper flakes, since it’s easier to dial up, but more difficult to dial down after the fact. 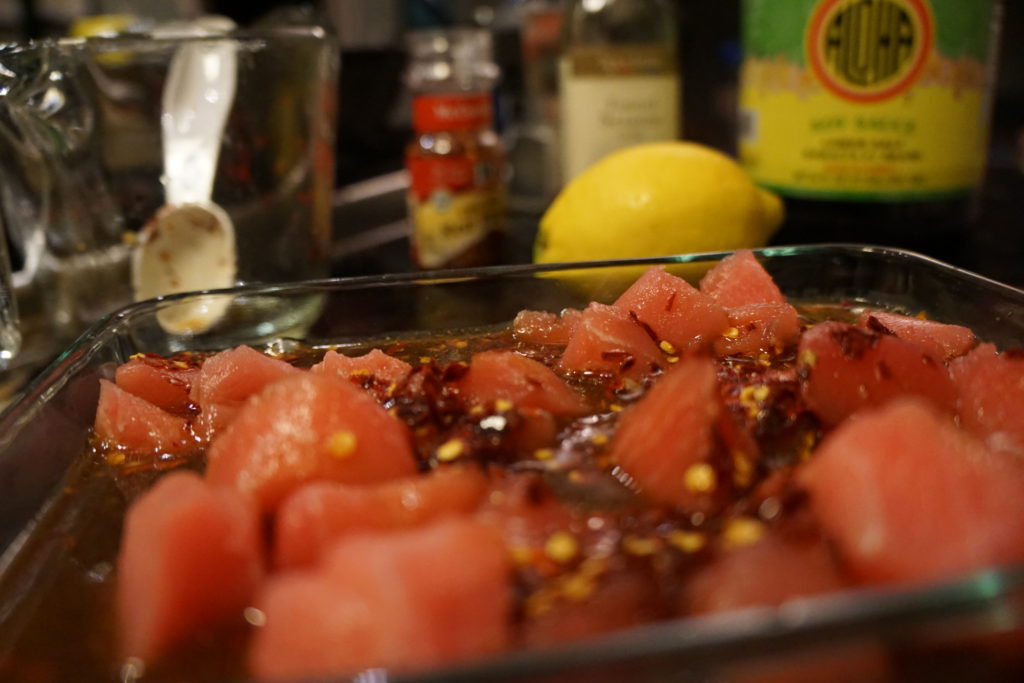 5. Remove from container and strain in Chicago Blackhawks goalie-like sieve.

Enjoy over rice or in a taco as shown below. Inspired by the Minnesota State Fair? throw it on a skewer. 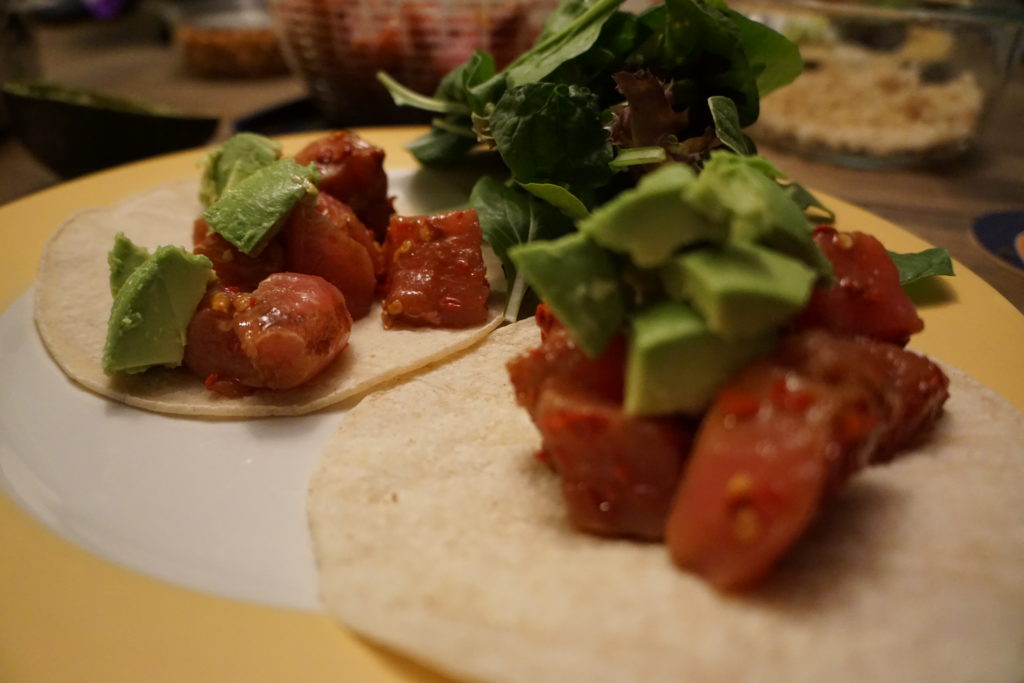 Novelty Rating: 4 of 5. Was surprised at how easy the preparation was. I had a psychological barrier when it came to preparing fish, so I was very happy with the effort to taste ratio.

Likelihood of Repeat: 100% [I still have frozen tuna in my freezer]

Lesson(s) Learned: Do not start with a half a cup of red pepper flakes. I scaled down to 2 tablespoons.

*4/5/18: Rock Clock app is an app that allows you to wake up when The Rock (Duane Johnson) wakes up. Since the writing of this post, it has been removed from the iTunes App Store available in the U.S.