Bonus entry!
I had leftover cucumber from that tzatziki (and leftover tzatziki too, but that’s a different puzzle), so I figured I’d make some delicious but simple cucumber salad, Japanese style. The recipe I’ve been using since 2007 was from one B. Cohen who previously hosted a series of cucumber recipes on their personal site with the University of Arizona’s Lunar and Planetary Lab and (it appears this B. Cohen has since gone on to do presumably awesome things with NASA Goddard Flight Center and no longer have time for online cake recipes so the link hath disappeared –cool).

I halved it for my purposes tonight, but this is the full portion for ingredients below: 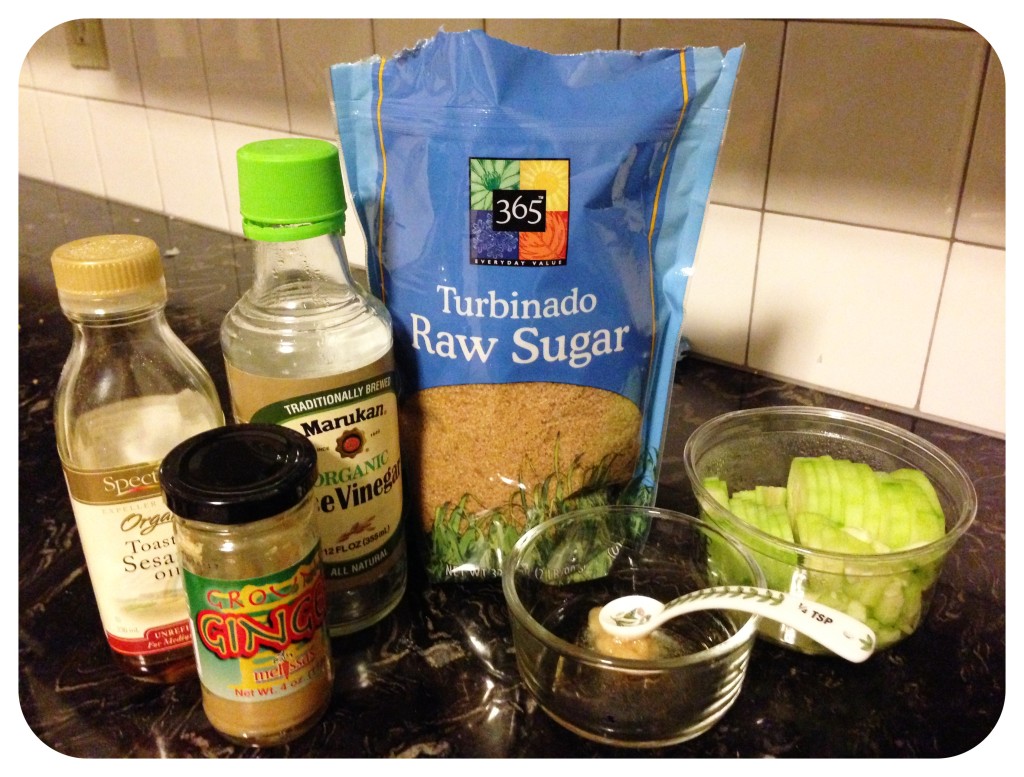 Thankfully, the 30-day reduced sugar challenge I was doing with co-workers in October is over, so I am adding sugar to my heart’s (small) desire! I am either in denial, or I didn’t have that bad a sugar addiction as the books say most people have. I actually did quite badly last month, gaming the rules I was following, and the limit of 1 sugar item (like dessert) each weekend day actually turned into a quota, which I don’t think I was previously following. But enough of a tangent, back to the task:

1. Mix all the ingredients except cucumber together.
2. Add cucumber, toss to cover, and chill in fridge.
3. Eat (cold) in an hour, or tomorrow.

Hmmm, apparently I forgot all about the website’s recommendation to eat it with sesame seeds. I’ll have to try that too.

This recipe has proven itself a tasty snack, side, and picnic item. It keeps pretty well if you need something that’s made in advance, and doesn’t need to be warmed up to taste good.