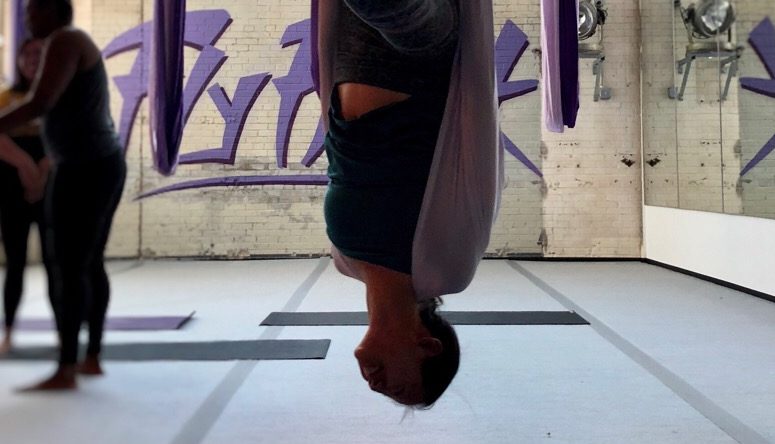 I found myself one Saturday morning going over to Fly Freak Yoga in Saint Paul, MN for an introductory course in aerial yoga. It was a chance to spend quality time with my old friend Renee, and also to get some much needed exercise while visiting family back in Minnesota. When she upped the ante to my yoga suggestion with aerial yoga, I said, “Gee, that sounds scary and a bit crazy,“ and then “Sure! Let’s try it!” 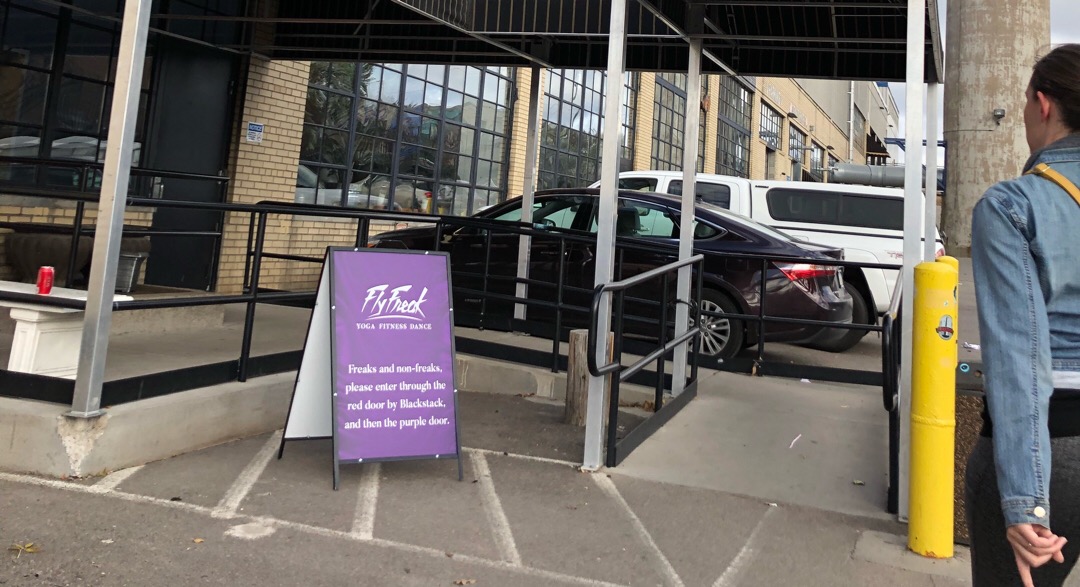 When we walked in,* I instantly felt safer to see the studio area covered wall to wall in thick, felt-covered mats. The owner Hayley also set a great tone when we walked in. She was super welcoming and chill, and even asked a classmate to move so my short-stack self could use the lower hung aerial silk, also known as an aerial hammock. When we stepped up and nestled into the silks I was immediately reminded of that tranquil feeling I get hammocking on a Summer’s day. It felt so good i was ready to nap.

Then the real work started, with a demo by Hayley followed by all of us students gamely trying each move. I was delighted to discover myself suddenly upside down and in position, as my mimicry skills had kicked in to get my butt up and moving before my brain was even sure it was ready to go. Silks were climbed, inverted yoga poses were done, leg, core and back muscles were tested, safety admonitions were repeated, and much fun was had. I felt pretty inspired. 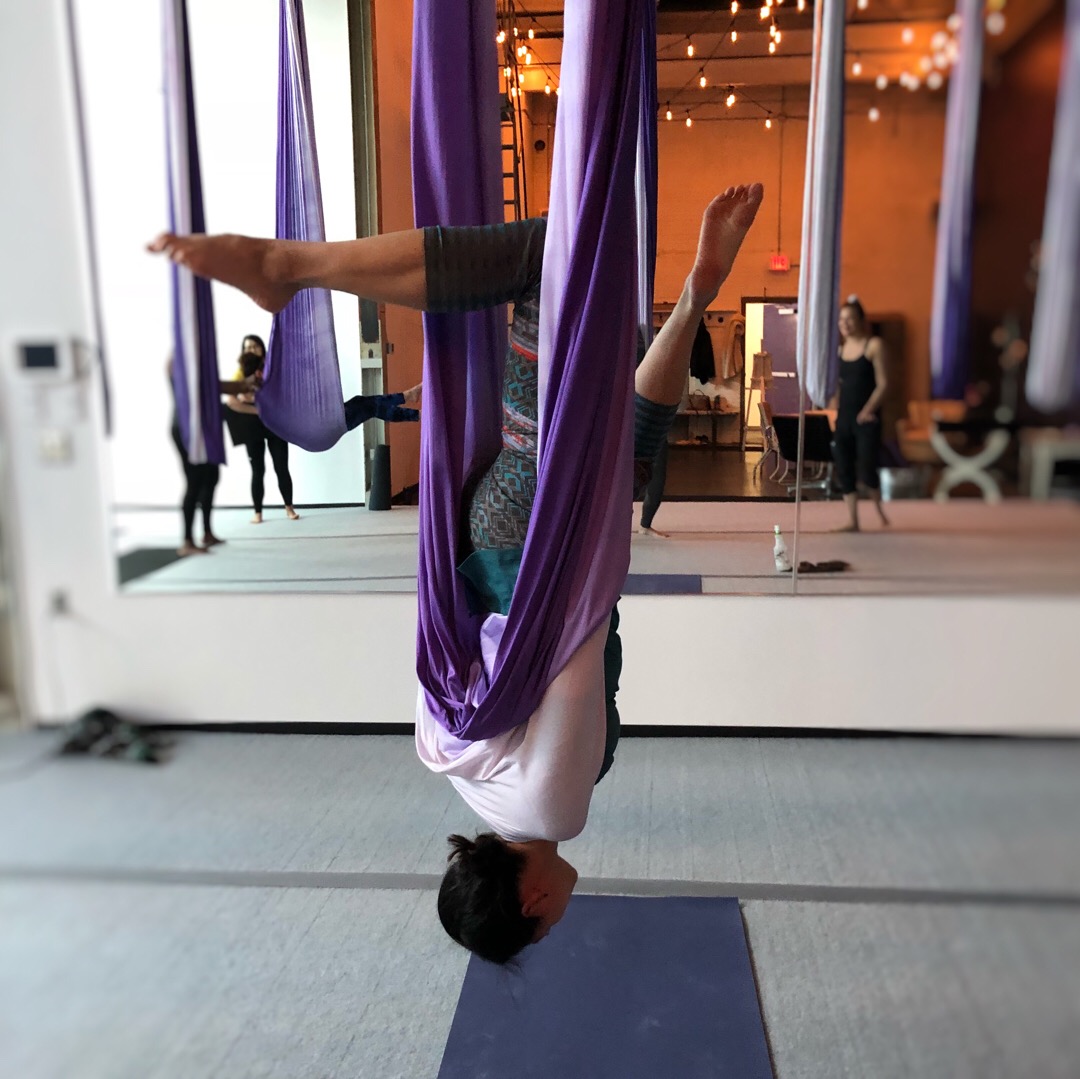 I had tried yoga so that was familiar, but the rest was brand new. I found this a good mix for me in this case. If you’ve never tried yoga before, I think you could still manage, but there’s just a little more reference to yoga poses.

Avoid jewelry, lotions and perfumes
Had I read this 7 Things to Know About Aerial Yoga post before heading to class, I’d’ve known to take off any jewelry, avoid perfumes and lotions, and wear close-fitting clothes in preparation.
Hayley was nice enough to let me know to remove my ring, so no biggie.

I don’t know what other places are like, but my worries about accidentally hurting myself at the onset were unfounded. In the style of many other yoga classes, modifications were offered and the importance of your overall health was emphasized.

The height of your silks matters, I’m glad Hayley helped with it. Cool!

Don’t eat a big breakfast** before, and if you’re prone to motion sickness like me, this activity is an extra bonus challenge. I was greedy for food the morning of and lived to regret it. Gulp. Somehow my silks felt like they were spinning faster than the others too. The instructor actually came and slowed them down for me at some point. Should’ve known better about that food at least.

Kudos and thanks to Renee for getting us out there to try something new, and Hayley for teaching the class.

*It’s in a very long building complex, just next to Blackstack Brewing.
**Home-fried rice, chicken sausage, a juice smoothie by your generous father-in-law, and two cups of coffee to keep up with the time zone change.Written via PressSync