This last installment on Alaskan Adventures is packed with travel tips. Enjoy!

“To know the wilderness is to know a profound humility, to recognize one’s littleness, to sense dependence, and interdependence, indebtedness and responsibility.”

-Howard Zahniser, author of the Wilderness Act of 1964

Downtown Fairbanks was more cosmopolitan than I expected (ok ok, I did not expect tons of urban life). Upon reflection, it warms my heart to say that visiting a place viewed as remote in the lower 48 turned out to involve many warm encounters with quirky, friendly folks. Even in a place with so much amazing, non-human-related nature, the people were a big part of what made the experiences so memorable. Thus, the quote above. Perhaps it is partly the unforgiving environment that forged a culture of down-to-earth friendliness among those who live here.

We witnessed various shenanigans on a Sunday in Fairbanks, some you’ll have to ask me in person for a recounting. Beyond those:

We stopped in at Lavelle’s Taphouse for a good beer selection, and while there, saw a truck get stuck in the fluffy (tricky) snow out front. END_OF_DOCUMENT_TOKEN_TO_BE_REPLACED 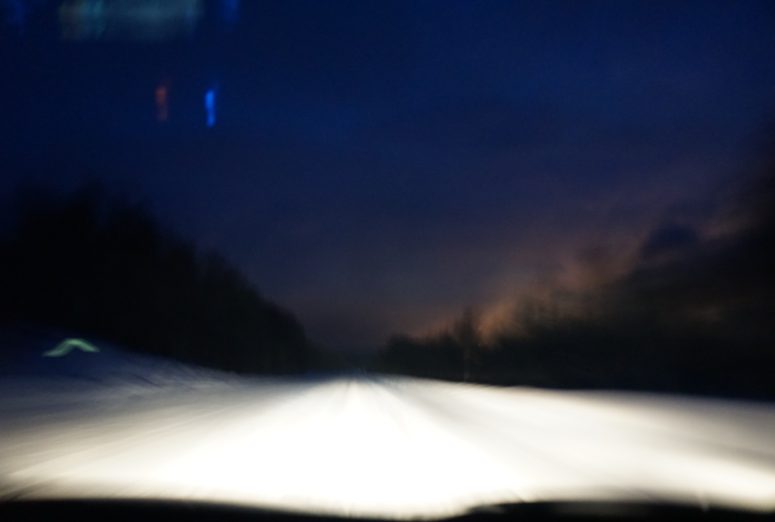 My grandma used to tell me that the Northern Lights were the spirits of our ancestors celebrating as they look down on us from above. If you whistle, they will draw near and dance for you.

Given the snow storm the weekend we were there, our chances of catching the Northern Lights were low, but we persevered to make the most of things either way. At least the cloud cover meant warmer temperatures for the friends who’d agreed to join me and Kris on these adventures, so I didn’t feel like we’d conned these poor Florida-borns into going on a vacation in a freezer.

Exploring Alaska in Late February feels like a study in contrasts, cold environment vs. warm people and houses, rustic natural surroundings and military-grade survival boots. It seemed fitting to double down on this, like some kind of dare from Mother Nature. END_OF_DOCUMENT_TOKEN_TO_BE_REPLACED

This blog post is one of a multi-part series on Alaskan adventures near Fairbanks.

In 2010 the Alaskan Malamute was named the official state dog of Alaska.

One of many excellent recommendations per our VRBO hosts was to book with Just Short of Magic** for a sled dog ride (a.k.a. mushing), a little drive north of North Pole. After a late-night pickup of our friends J & G who courageously agreed to share in our Alaskan adventures, Jenni found us some excellent (late) breakfast at the Creperie in downtown Fairbanks. Then, off to dog sled ride via a thirty minute drive. As mentioned in the previous post, sled dogs have been a fundamental companion to Alaskan life for centuries, so I was really excited to partake in even a small, touristy way.

Jenna called us as we were a little late showing up at a designated cushion time, to make sure we were safe, and tell us not to worry. So nice of her! Despite the unseasonably warm weather, the staff did some standard checks that we were layered up properly (maybe in case it suddenly turned into below zero weather rather than 30?) Of course, that turned it into a competition for me. END_OF_DOCUMENT_TOKEN_TO_BE_REPLACED

As I mentioned in part 0 of Alaska adventures, I flew in to Fairbanks around midnight. I got to sleep in the delightfully welcoming cabin (this one booked via VRBO) by about 3am, and yeah, it was in a city called North Pole. (!)* I loved staying at this cabin, and found the hosts helpful and responsive. This post may have a lot of photos, but consider it obsessively curated for you to get the full experience.

After a healthy breakfast of DIY oatmeal and Starbucks fancy-coffee, K and I headed out for the 2.5+ hour drive south to Denali National Park. Maybe I’m just slow on the uptake, but I hadn’t put the two names together, Mt. McKinley and Denali, until I was packing for this trip and reading my copy of Fodor’s.

Fun fact: President Obama changed what was previously known as Mount McKinley back to Denali, an Athbascan name meaning “the High One”. At 20,310 feet, it is the highest point on the continent, and tallest mountain in the world.

On the way, we drove through lots of snow clouds kicked up by passing trucks that would obscure the entire roadway briefly, and whole clusters of buildings boarded up for the winter. This was definitely not high tourist season, and while it was an intermittent exercise in faith (faith that the road was relatively straight in a snow cloud), it was also a very scenic drive. The Athabascans named this northern forest “land of little sticks,” and I couldn’t help but agree as I gazed at the sweeping landscape, laced on road side with countless trees poking up toward the sky together.

To try: we stopped in at the Alaskan Coffee Bean in Healy for some caffeine.
Apparently, a sludge cup is brewed coffee + 2 shots espresso, popular with truckers. I was curious, but abstained since the midnight flight was already messing with my sleep. Let me know if you try it. The folks there were friendly, and plus, the place was open, hooray!

Alaska is often called the Last Frontier, but it’s also home to some of the oldest pieces of our collective human heritage. We crossed this very river mentioned on our drive out of the North Pole! Amazing.

The oldest human remains found in Alaska are 11,500 years old, the second-oldest Ice Age remains to be found in the world. Found in Central Alaska near the Tanana River, the remains of a three-year-old girl are thought to be those of an Athbascan ancestral relative.

At Denali National Park:
A video gift for you, hope it brings you some serenity and delight. Click subscribe at the end for more!

END_OF_DOCUMENT_TOKEN_TO_BE_REPLACED 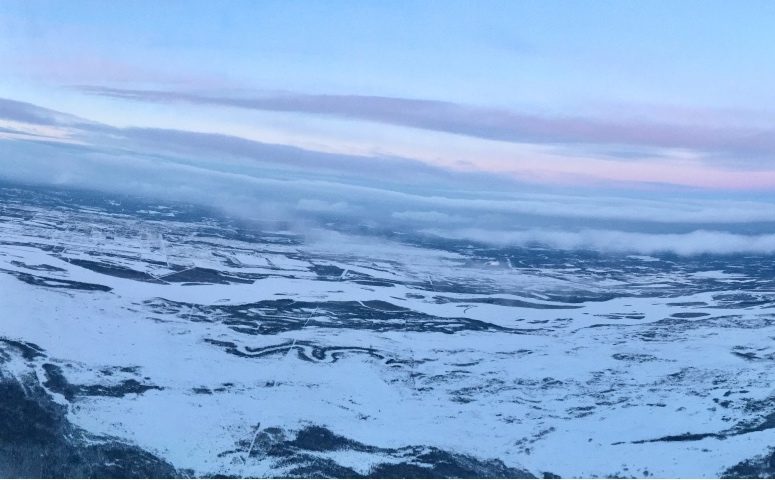 Where one can let the spirit go with joyous abandon, to sense the freedome of the wilderness.
-Olaus Murie

The first time I remember camping and absolutely loving it, I was twenty-one years old. My significant other and I had scored a great deal on tickets to Alaska’s Kenai Peninsula from Minneapolis. As we landed and walked off the tarmac in Anchorage, I swore I could smell the ice and pristine air wafting in from the mountains of “the Last Frontier.” END_OF_DOCUMENT_TOKEN_TO_BE_REPLACED

Food the Wong Way has involved a healthy dose of outdoor activity this winter, including a fair bit of snowboarding and snowshoeing, which historically has been hard on my knees and back. My friend Katherine recently talked me into going with my local German pub Prost on a ski bus, so despite appearing to have packed for the apocalypse, I tried to pack lighter. That’s when I came up with this light short-term remedy for sore knees. END_OF_DOCUMENT_TOKEN_TO_BE_REPLACED

Any additional comments on lunar new year from me will be in some other post. I spent all my energy cleaning the house and hosting hot pot Saturday for it, no more juice left for an obligatory entry here for now. Instead, here’s one that started as a video and grew into some commentary below.****

On Sunday, I helped lead a group of people snowshoe up Paradise Point on Mount Rainier. It was for Cynthia‘s birthday, with some snowshoe newbies, so I wanted to optimized the chances of a good experience: END_OF_DOCUMENT_TOKEN_TO_BE_REPLACED 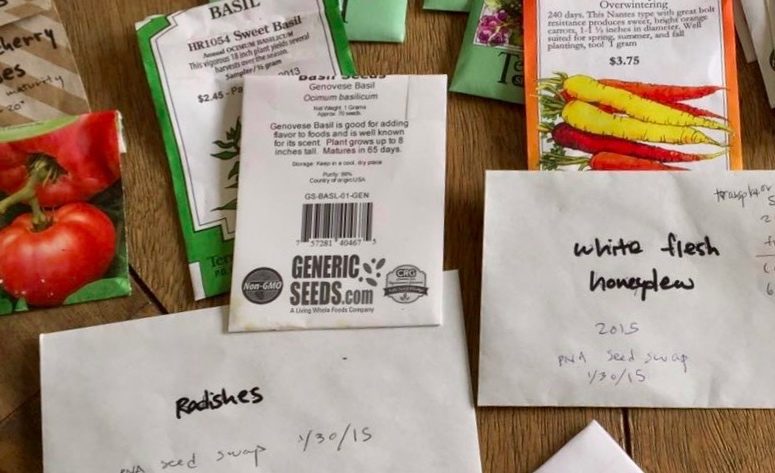 Are you stuck inside, dreaming of next year’s garden?

Are the kids (or your inner child) driving you nuts as you scrape the bottom of the bucket on distracting -er- enriching indoor activities to keep them busy learning?

Maybe your New Year’s resolution was to save money to put them toward some personal goals.

Did you know, you can get free seeds for gardening? END_OF_DOCUMENT_TOKEN_TO_BE_REPLACED 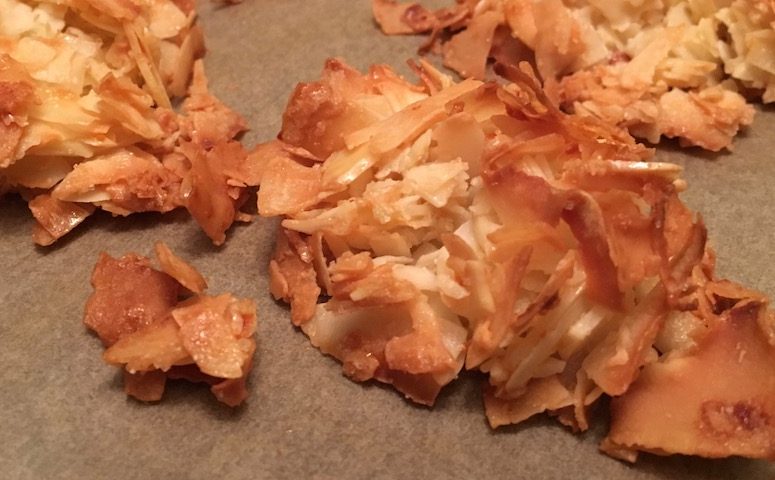 Pro-Tip of the Day:
Have you been buying those boxes and bags of oranges on sale at the store?

Next time pick up a bag of coconut flakes and sliced almonds, and you can make this quick, yummy (gluten-free) byproduct treat from in-season fruit!

Just remember to take 30 seconds to grate the rind off before you eat the orange, and you’ll have enough for this recipe. Note: try not to take too much of the white parts (the pith), that’s bitter. END_OF_DOCUMENT_TOKEN_TO_BE_REPLACED

One of these days I will finally sort through my reflections from hiking Sahale Arm and seeing a glacier up close, or adventures in the Catskill Mountains of New York, but in the mean time, this:

The days are getting shorter, the weather’s getting crisper early in the morning. School supply ads reign supreme on live television between sports games. Before you know it, it’ll be Fall, and then Winter, and you might find yourself scrambling to put together a gift for that office party exchange, or family get-together where everyone draws a number from a hat. Well..

Do you have lots of leftover expired coconut oil?

Do you have a weakness for collecting empty containers your spouse/housemate/talking cat keeps suggesting you recycle, but perhaps they are the classy-looking “biscuit” tins you brought back from London last November, and they make you nostalgic for your travels to the the land of tea time, so you keep saying you’ll make candles with them?

Primary inspiration from internet research:
Brittany Goldwyn DIY & Simple Living: Make Beeswax & Coconut Candles
I did some other research on soy wax, and paraffin wax and decided beeswax was my preferred option, as I try to avoid ingesting processed soy for myself and paraffin is a petroleum byproduct, so it strikes me as a little odd to be breathing either in. See citations at bottom of post for more. Mad props to my co-conspirator Jillian who balanced out my OCD-craziness with wingin’ it like a boss, plus ensuring I didn’t burn my house down in the process somehow.